Speech by Ambassador Dhar in Moscow, 1969 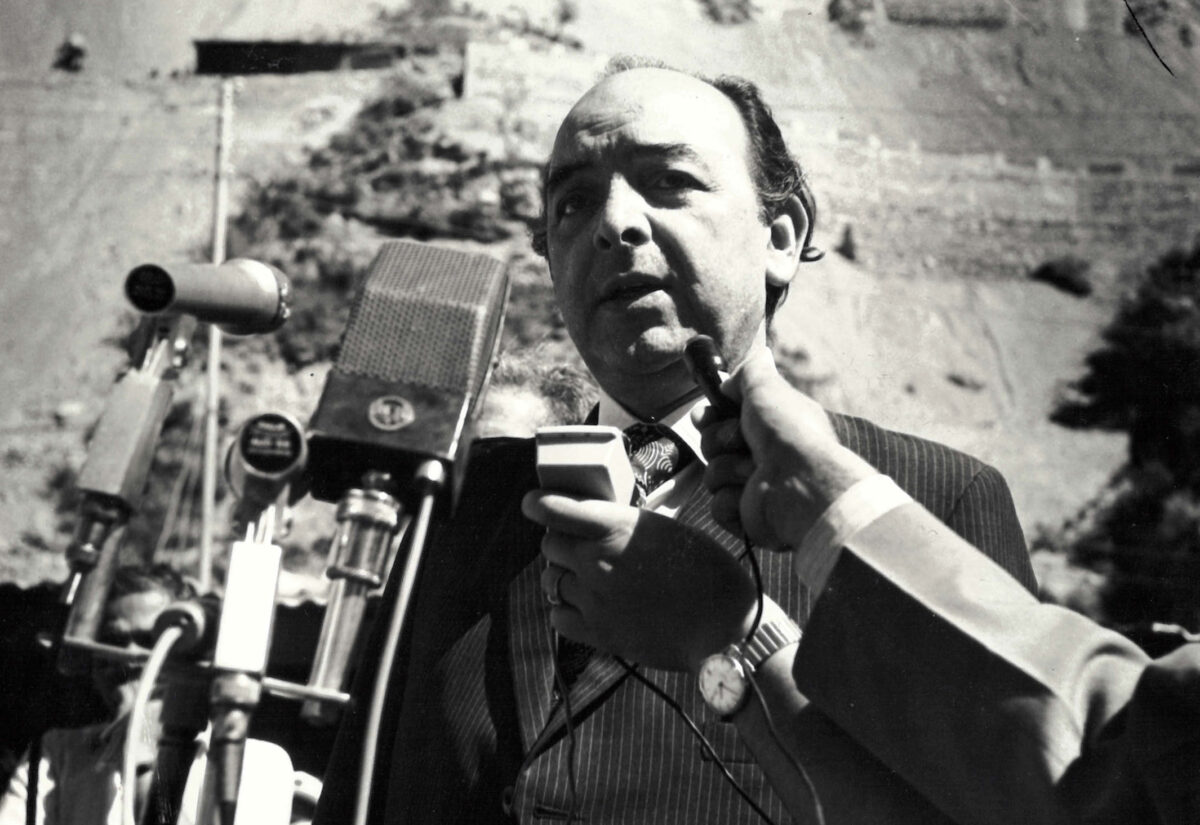 Speech by the Ambassador—designate of India, Mr, D. P. Dhar, on the occasion of the presentation of credentials to the Chairman, Presidium of the Supreme Soviet of the USSR on January 13, 1969

It is with a feeling of gratification that I have come to Moscow to represent my country 3n the USSR, the very warm friendship, which exists between our two countries, is one of the major facts of international life today. I regard it as a great privilege to have been given this opportunity to make my contribution to the furtherance of this friendship, The friendship between India and the Soviet Union is of a durable character since it is based on a community of national of national interests and because it is rooted in the history of the people. We remember the deep interest your great leader Lenin evinced in our freedom struggle against imperialism; during that period your unstinted support to us inspired the people of my generation in their youth. It was during that time when the achievement of freedom was still distant and an elusive hope for most of us that the architect of modern India Jawaharlal Nehru inspired us with a vision of enthusiasm; it was he also who communicated to the young people of India his own fervent admiration for the great achievements of the Soviet people. In a sense therefore I feel inspired personally by the prospect of carrying out the behests. of Nehru, in my own humble way, during my mission in this country. I hope I will be able to utilise my stay in the Soviet Union | for bringing about still closer understanding and cooperation in all fields between our two countries.

I have been directed by their Excellencies President Zakir Husain and Prime Minister Smt. Indira Gandhi to convey to you, Excellency and to your Government their greetings ani good wishes for the happiness and prosperity of your people, Our leaders understand and appreciate the strenuous efforts. of your Government to bring about peace, stability and relaxation of international tensions in the world today, Both the Soviet Union and India have deeply deplored the unhappy conflict in Vietnam and both have tried their best to terminate it. It is our profound belief that the great influence of the Soviet Union will continue to. he exercised for converting the present pause in the hostilities into permanent peace and stability in that region so that the people there will be left free to work out their destinies in tranquil conditions according to their own national genius, In West Asia we have deeply appreciated the efforts of the Soviet Government to help restore peace by undoing the effects of illegal aggression and implementing the various decisions of the Security Council.

It was only a few days ago that we celebrated the third anniversary of the signing of the Tashkent Declaration which will remain in history as a permanent testimony to the policy of peace followed by the Soviet Government. 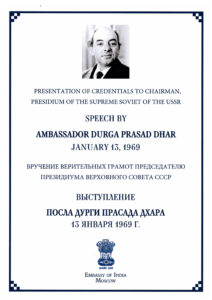 Since the achievement of our independence, the Indian people have believed profoundly in a policy of peace and friendship with all countries, Like the Soviet Union we also believe passionately in peaceful friendly and cooperative co-existence between differing social. systems; we also share in the belief in the urgent need to bring about a richer life for the individual in the community by resolutely fighting against social, political, and economic injustices; in international affairs both our countries believe in the necessity of vapid but peaceful change within the framework of the machinery of the United Nations. It is this common conviction which has inspired our “cooperation ‘in the ‘councils: of the world, in the struggle against the wadtdeor of colonialism and in the creation of new institutional safeguards and guarantees against the potential dangers which threaten the economic and political independence of developing countries.

Our friendship with the Soviet Government is this today a major factor in our international relations. During the last two years, it has been greatly strengthened by the visits of Chairman Kosygin and other leaders of the Soviet Government to India. It has also been enriched by the very happy memories of the visits paid to the Soviet Union recently by Prime Minister, Smt. Indira Gandhi and President Dr. Zakir Husain and various other Indian leaders, These exchanges of visits at the highest. level have contributed to a close and welcome cooperation between our two countries, particularly in the commercial and economic fields. It is not, however, only at the government level that the relations of our two countries have prospered. Under the increasing impetus of the highly successful cultural exchange programme, general citizens of our two countries have exchanged visits and come to know more about the ordinary life of the common people and the problems faced by them. The activities of the non-official organizations in both countries have also contributed a great deal in prompting Indo-Soviet friendship at the grass-roots level.

This day natural sympathy between our two peoples which had its roots in our struggle for independence has recently been given a new and concrete form in economic assistance and in the potential. energy accumulated in: the’ giant industrial complexes being built in India ty the Soviet Union. This has given to the older ties of friendship a new character fashioned by Jawaharlal Nehru himself. It is my firm conviction that the plants and machines of the Soviet Union will form the muscles of our self-reliant economy, In the vital areas of heavy industry Soviet assistance has already made India nearly self-sufficient. 4s a result of fruitful economic cooperation between our two countries construction work has been successfully completed on 24 industrial enterprises in key industries such as metallurgical, oil, mining and power. It is a measure of the value of the Soviet contribution to our economic reconstruction that production in these Soviet-aided enterprises constitutes a very important share in the total production of all these sectors comprising about 30 percent of steel production, 50 percent of petroleum production and 35 percent of oil refining capacity. The substantial proportion of the machinery and equipment required for the Bokaro Steel Plant being constructed in cooperation with the Soviet Union will be covered to a great extent by the heavy machine-building enterprises at Ranchi and Durgapur and the Hardwar Heavy Electrical Projects. Production has also increased in the Bhilai Steel Plant which constitutes one of the leading enterprises in the metallurgical industry in India and has become the symbol of Soviet-India friendship.

We are deeply grateful to the Soviet Government and people for this willing assistance in our several developmental projects and we hope that this cooperation will further increase in the years to come.

I would like to assure Your Excellency that it would be my constant and earnest endeavour as Ambassador of the Republic of India to further strengthen these links of friendship, cooperation and understanding between our two countries and may I hope that in discharging this important task I shall receive the help and cooperation of Your Excellency and your Government at all times.

I have the honour, Excellency, to present the letter of recall of my predecessor, Shri Kewal Singh and the letter of credence in my favour from the President of India. 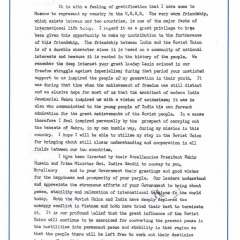 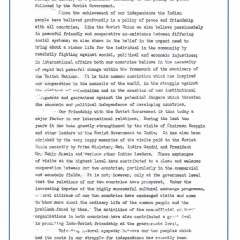 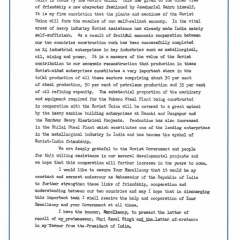 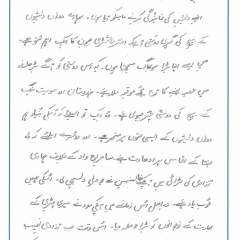 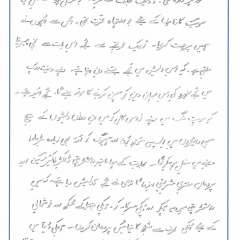 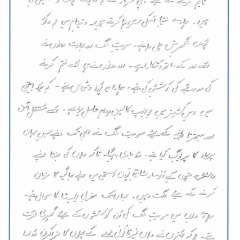 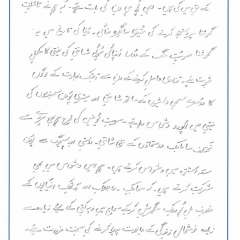 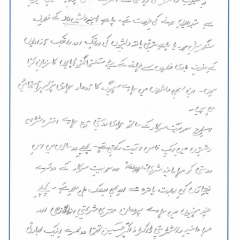 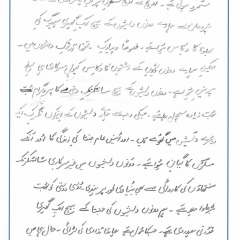 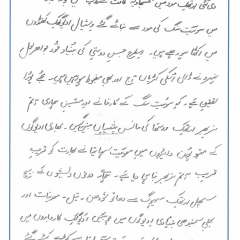 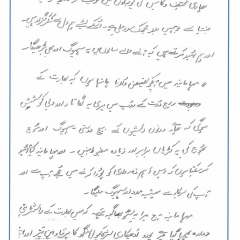 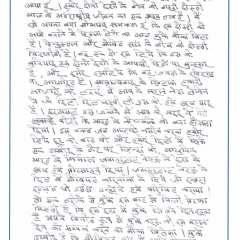 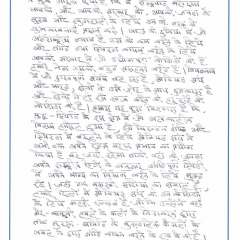 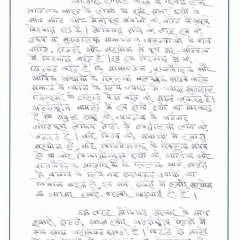 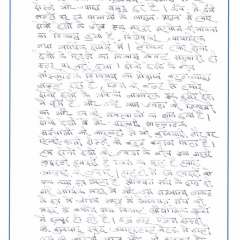 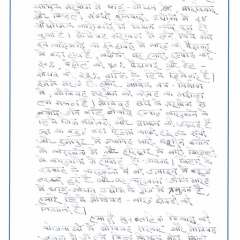 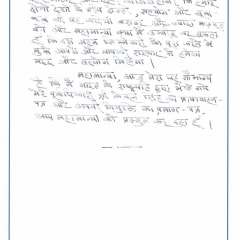 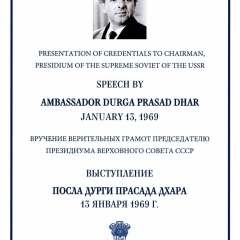